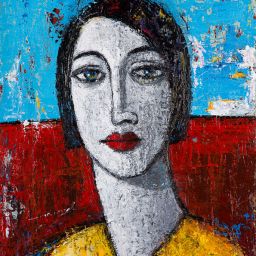 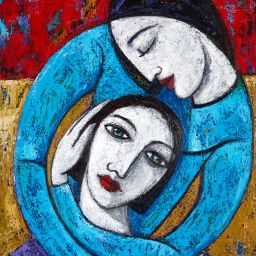 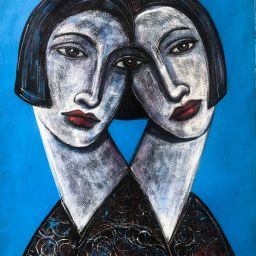 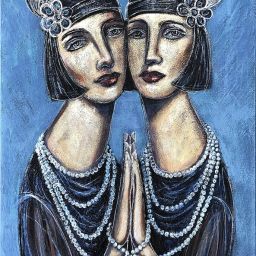 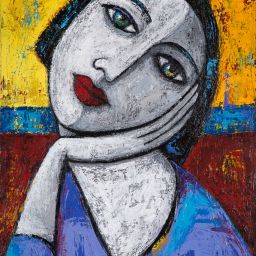 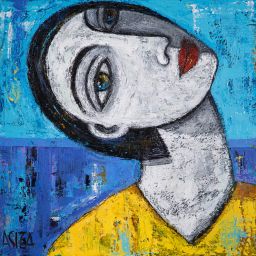 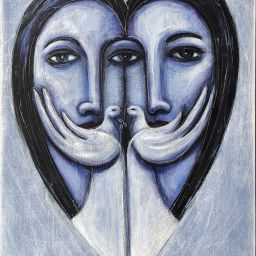 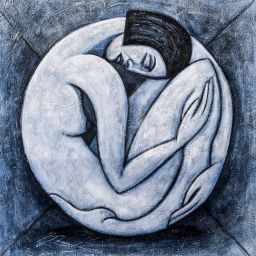 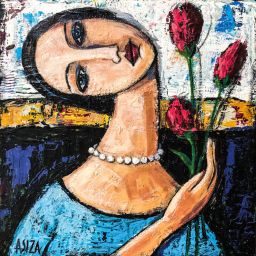 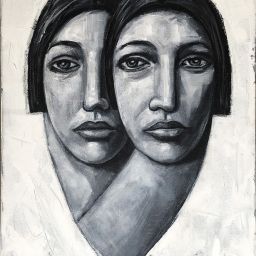 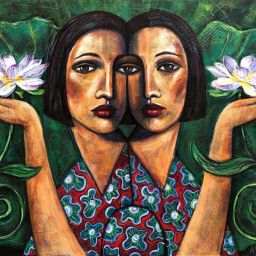 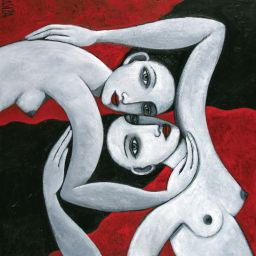 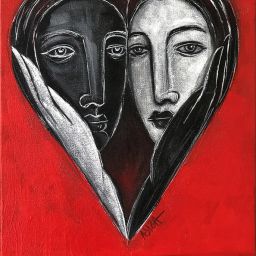 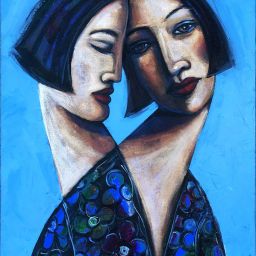 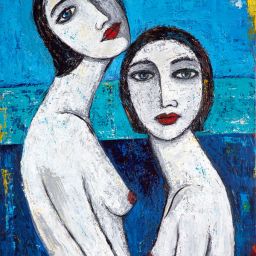 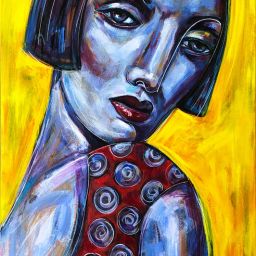 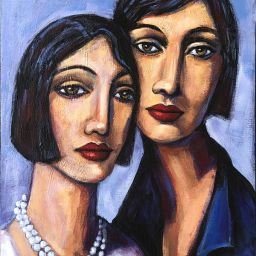 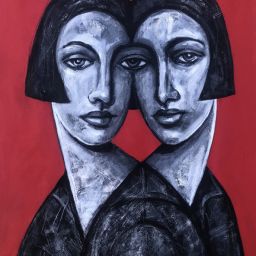 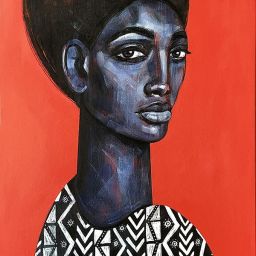 Finding out at 35 that she had an identical twin sister half a world away was a pivotal moment in Asiza’s life. Since the age of six, Asiza has been drawing the female figure but she never really understood why. Growing up as an only child, she had always longed for a sister and she now realizes that her drawings and paintings were a way of staying connected to her twin.

At the age of eleven, Asiza’s family settled in Calgary after a dramatic defection from communist Romania. Not being able to speak English very well, Asiza used her drawings to make friends at school. By 1986, Asiza had graduated from the Alberta College of Art with a degree in Visual Communication Design and immediately landed a job as an art director in Vancouver for Woodward’s and later with ad agency Palmer Jarvis (now DDB). Then, with getting married and starting a family, it wasn’t until 2003 that she picked up a brush and slowly started easing her way into painting again.

For years, Asiza tried to bring Gina to Canada so they could reunite but Canada’s immigration policies would not allow it. So in July of 2014, after 47 years of living apart from one another, Asiza went to Romania and surprised Gina— it was a very emotional reunion. She loved holding Gina in her arms and was truly amazed at how much they are alike.

Proving that it is never too late to pursue your passion, it was in 2012 that Asiza decided to start making paintings full time. She spends countless hours in her Vancouver studio creating canvases, honing her skills and expressing an innate connection to her twin sister Gina.