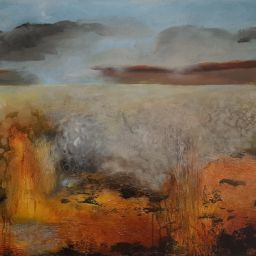 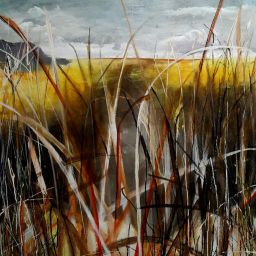 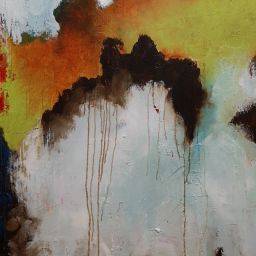 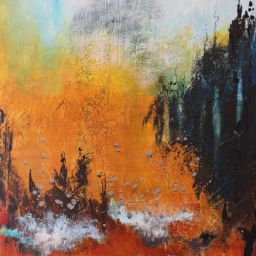 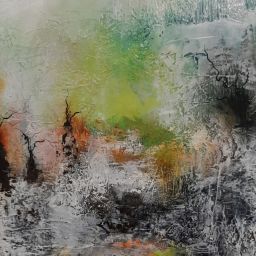 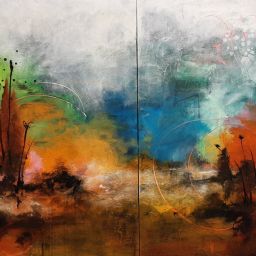 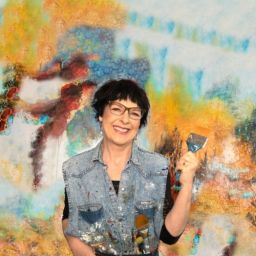 • Artwork in acrylics, mixed media and collage
• Broad exhibition experience both in North America and Europe
• Recipient of the 2016 BC Award for Excellence in Post-Secondary Art Education

I was born in Holland and, before immigrating to Vancouver in 1999, I lived in The Netherlands and Northern Africa. Growing up in Europe and Africa, I was exposed to various art forms from an early age. From the first years of my career I have been creating my own work as well as teaching students techniques that enable them to find their own artistic expression.

After receiving formal training in the European art tradition, I began painting in series, primarily working with acrylics and mixed media. Working in themes allows me to explore a concept and, in this way, the process of creation is by itself a journey; a voyage through ideas, composition, texture and colour. My vision is to get as close as I can to the story I want to share.

I have extensive exhibit experience, both national and international, in public and commercial galleries. I have been involved in several community art projects, one of them being a large show during the Vancouver Olympic and Paralympic Winter Games. Reviews of my work have been published by Reader’s Digest, several national and local newspapers, Channel M, Global and CBC TV and radio. In addition to pieces that have been commissioned by individuals and corporations, a great deal of my work is sold at exhibits. Over the years many of my paintings have found homes in Europe, North and South America, Australia, South-Africa, China and Japan.