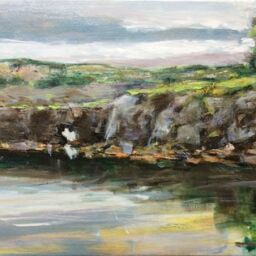 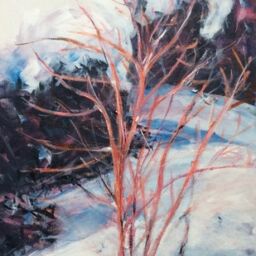 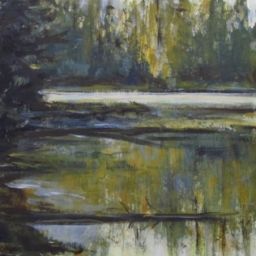 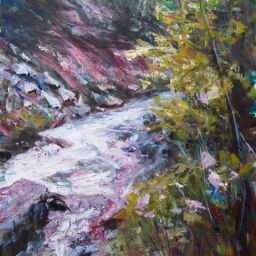 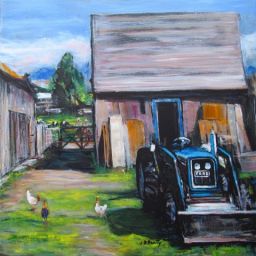 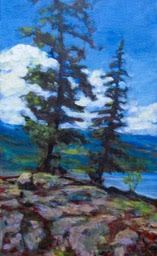 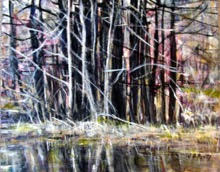 John Beatty is a Richmond resident and artist who comes from a family of Ontario painters. He is related to John William Beatty who painted with members of the Group of Seven and later became acting principal of the Ontario College of Art. John has been artistically motivated and interested in art all of his life. School art projects and sports provided him with the subject matter he needed to practice his developing drawing skills. Coming from a small town , he loved the great outdoors and its connection with nature. This interest began when he started accompanying his father on plein air excursions (painting outdoors) around where he lived.

John’s painting career began while recovering from a serious hockey accident while playing Intercollegiate hockey in Toronto. With his dad’s oils, he started painting scenes he liked from  popular calendars of the time. Encouraged by his early success, he devoted more time to painting whenever he could. He soon got into photography and set out to acquire his own references to work from.

After graduating from Ryerson in Business in 1963, he began a career in the brewing industry but it became a challenge to find time to paint after working and continuing to be very active in a number of sports.

It was not until after moving to BC in 1967, after marrying, raising a young family and then returning to UBC and acquiring a teaching degree did he eventually get back to his passion to be an artist. He did his painting entirely during vacation time and this pattern continued until he retired from teaching in Vancouver after 26 busy years. Retirement allowed him time to paint more regularly, to travel and to attend many fruitful workshops with noted artists such as Gordon Smith, Mike Svob, Neil Patterson, Arne Westerman, Jean Pederson. Tony O’Regan, Amanda Jones and David Goatley. He also took extra credits in art while at UBC.

He paints regularly now in the studio and en plein air with the group Men In Hats., www.meninhats.ca .  He exhibits and sells his work mainly in the Metro Vancouver area in numerous art events and festivals throughout the year. About 50% of his more than 1100 paintings have been sold to collectors that are attracted to his painterly landscapes because of their colour and contrasts of light, their mood and the atmosphere that stimulated his senses. Shorelines of trees, rocks, beaches, old buildings and boats are popular themes. Travel subjects, still-lifes and figures can also be on his agenda. Dense vivid colours are used freely to capture that quiet moment in time that collectors can appreciate and admire for a long time.

John also enjoys changing older paintings to try out new ideas and teachings. Older paintings sometime get painted over when they don’t meet his demand for quality work. He believes the best are yet to come.

It is discouraging for him to see how so much subject matter for his paintings has been destroyed in the name of progress.

Artist’s Statement:
What I choose to paint has to do with subject matter that stimulates my feelings, reactions, and observations. I am continually on the lookout for those lush visual images or special things. Photographic references I have taken over the years, are often used as a source. As artists we are so much more aware and alert to our surroundings. Now that I am retired from teaching, I am dedicating more time, energy, and interest into art despite my other passions such as tennis, golf, photography, bridge and reading. It’s a great life.

I am interested in having gallery representation. To view more of John’s inventory, contact him by phone or e-mail to make an appointment.

I can be commissioned to do a painting for you from your references. A number of things can be done to enhance a photo when creating a painting. I’d like to help you with this.

Contact Information:
Telephone John at (604)275-3066 or e-mail John at jbbeatty@shaw.ca for information about pricing etc. His website is www.johnbbeatty.com. The paintings on the website represent only about a fifth of his current inventory.