Announcing the winners of the 2019 Richmond Arts Awards!

The winners of the 2019 Richmond Arts Awards, including photos of the event! 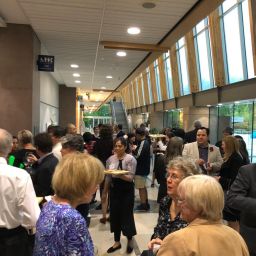 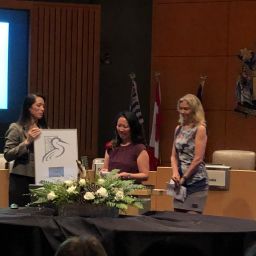 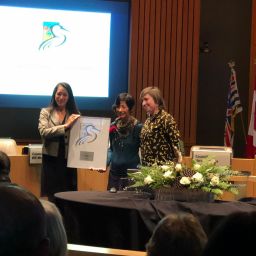 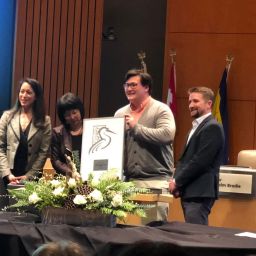 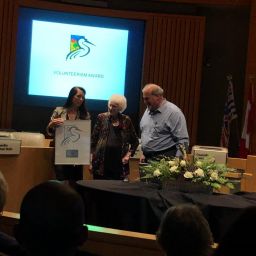 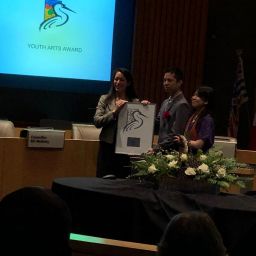 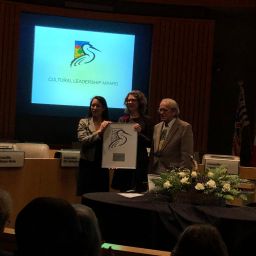 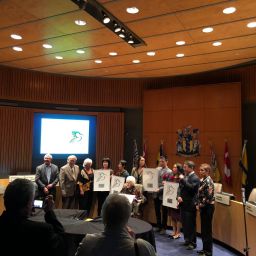 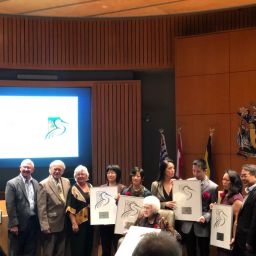 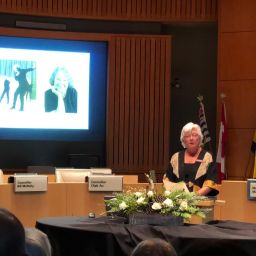 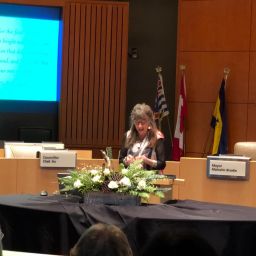 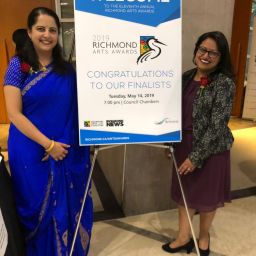 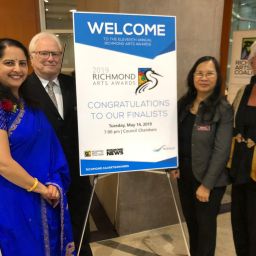 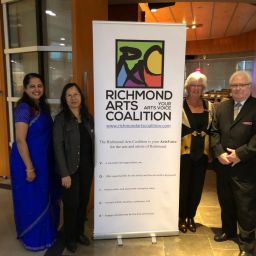 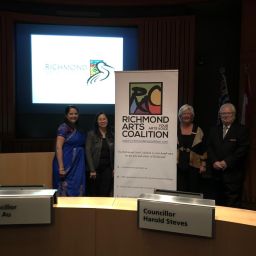 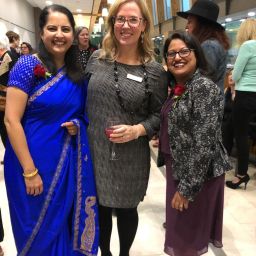 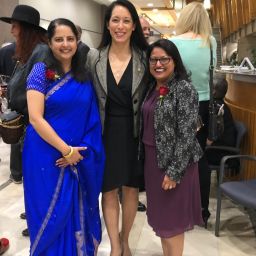 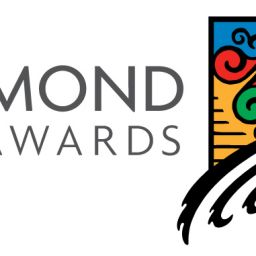 The Richmond Arts Coalition and the City of Richmond are delighted to congratulate the following six recipients of the eleventh annual Richmond Arts Awards, which were announced at a special ceremony in Richmond City Council Chambers on May 14, 2019.

Arts Education: SHELLEY JOHN
Recognizing an individual or organization whose achievements and contributions to arts education have been significant and far reaching.

Shelley John’s passion for performance, coupled with her strong skills set and drive for inclusivity, have created a culture of dance at William Cook Elementary, where she has taught for the past 13 years. Shelley has a unique ability to connect with students and takes every chance to have her students perform both in the school and out in the community. Many of her students do not have the opportunity to participate in extracurricular activities outside of school and, in some cases, Shelley’s Dance Team activities are the only opportunity that they have to be exposed to and learn about dance. The extremely popular Cook Cougar Dance Team is open to all students and Shelley’s love for physical activity and creative expression is contagious.

Ming Yeung is an independent creative artist, visual arts educator, performer, dance instructor and choreographer. Her enthusiasm is contagious and she enjoys sharing her love of the arts at local festivals and parks. Ming is especially committed to passing on the tradition of freestyle Chinese painting and she regularly demonstrates her expertise at public venues, such as Culture Days, Richmond World Festival, London Farm, Britannia Shipyards, YVR and the Steveston Salmon Festival. A number of her recent painting exhibitions focus on the plight of endangered rhinos. When she is not outside interacting with the public, she can often be found teaching workshops and leading classes in studios, classrooms and community spaces around the city or organizing exhibitions of her students’ art work.

Business and the Arts: LIPONT PLACE
recognizing a business that has made a significant contribution to the arts in Richmond by supporting a Richmond-based artist or arts organization through sponsorship, philanthropic and/or volunteer service.

Lipont Place was established in 2016 and is a commercial cultural space that showcases solo and group exhibitions of work by local and regional artists. The 21,000 square foot venue also hosts events, meetings, trade shows, performances and pop-up shops. Moreover, Lipont’s goal is to enrich the cultural life of west coast residents by connecting them to an ancient Asian culture from Xi’an, China. Since opening its doors, Lipont Place has held variety of exhibitions, including contemporary photography, paintings, drawings, sculpture, textiles and crafts created by Canadian and international artists. Lipont Place actively collaborates on projects with local organizations and businesses and has quickly become an integral part of the arts and cultural ecosystem of Richmond.

Volunteerism : GLENDA JOHNSON
recognizing an individual who has made a significant contribution to the arts in Richmond by supporting a Richmond-based artist or arts organization through volunteer service.

For decades, Glenda Johnson has been an active volunteer in Richmond’s arts scene, both on stage and off. An arts ambassador and avid volunteer, she continues to work tirelessly, assisting with administration for a variety of local arts organizations. Since 1991, Glenda has been an invaluable and steadfast contributor to the Richmond Orchestra and Chorus Association, where she acts as the music librarian, maintains the choir roster and is an active member of the Chorus. She also helps organize their concerts, fundraisers and events and arranges the sing-outs and concerts around the community. Glenda has also been energetically volunteering with the Richmond Singers in a similar capacity since 1987. Always eager to give back to the arts, Glenda has, in addition, been part of the front-of-house crew at the Gateway Theatre for 32 years.

Shawn Chang’s artistic media arts and creative pursuits have earned him scholarships, community recognition and national awards. Since 2013, he has been a member of the Richmond Youth Media Program (RYMP) where he has contributed to numerous Richmond-based projects, including managing web content, documenting events, co-creating community videos and designing professional slideshows. In addition, Shawn’s dark and uncanny poems and short stories have also been published in international anthologies, journals, magazines and chapbooks. This fall, HellBound Books will be publishing his debut short story/poetry single author collection, which includes a combination of previously published and new works. Shawn is currently a UBC Science student and writes for the UBC Life Blog.

Cultural Leadership: JOVANNI SY
recognizing an arts professional or organization as a leader in their arts discipline, as well as their organization stewardship and their contribution to Richmond’s cultural development.

During his seven-year tenure as the Artistic Director of Gateway Theatre, Jovanni Sy brought national attention to Richmond through his bold vision that theatre could be a social connector between communities. He consistently created new opportunities to bring to the stage stories that reflected the experiences and histories of Chinese-Canadians and provided mentorship and professional opportunities for traditionally under-represented theatre artists, directors and stage designers. In 2014, he launched the Pacific Festival, a Chinese-language festival of contemporary theatre which helped bridged cultural and generational divides. His dedication to progressive and inclusive programming has made him a leader, both nationally and locally, and as a result, he has helped change people’s perceptions not only of what Canadian theatre is, but also who it is for, and who creates it.