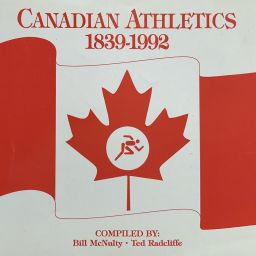 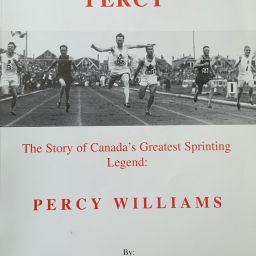 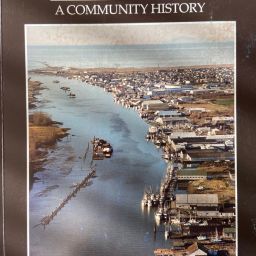 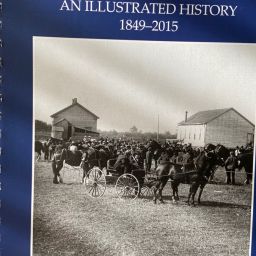 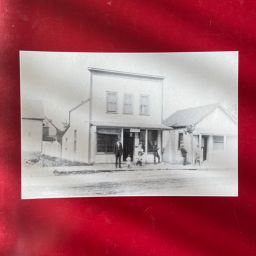 Legend of the Inter-High
From 1904 to 1995 students in Lower Mainland school competed in the Annual Vancouver and District Track and Field meet at Empire Stadium. Some 30,000 students took the day off school to attend the event. This was the largest public event with students in Canada. The book entails coverage of each meet by year with results. Included are the names to all the competitors in the meet by event, plus the annual winners for each event for Senior and Junior Boys and Girls. Many photographs are included in the 354 page publication.

Canadian Athletics 1839-1992
A compilation of results from the first known recorded athletic competition in Canada from 1839 to the 1992 Barcelona Olympic Games in Spain. This 480 page publication covers result in Track and Field events participated by Canadians from 1839-1992. Each event and year lists results achieved by individual events of competition for both male and female competitors. Included are results from Olympic , Commonwealth and Pan American Games as well as NCAA competitions. Plus All Time Top Canadian Performances for each event are ranked for both men and women.

Peerless Percy
In 1927, a shy young man from Vancouver appeared at the Canadian Track and Field Championships. At that time Canada had no visible heroes in Track and Field. Percy Alfred Williams changed all that, winning two gold medals at the 1928 Olympic Games in Amsterdam, The Netherlands winning the 100 and 200 metres, shocking the Track and Field World. This is his story. This 108 page publication contains the life of Percy Williams and includes the results of the few competitions that Percy Williams entered from 1926-1932.

Bill McNulty has lived in Richmond for 48 years and has served continuously on Richmond City Council since 1993. He endeavours to ensure that Richmond remains a safe, welcoming and inclusive community.

Bill has been active as a community volunteer for many years, helping make a difference in the lives of others. He has been a coach and sports administrator and is the Founder and Life Member of Richmond Sports Council. He is Co-Chair of the 55+ British Columbia Games. Bill is a sports historian, an expert in local history, and a published author.

Continuing his work as a former educator, Bill is presently serving his 10th three-year term on the Academic Senate at the University of British Columbia. He has also served as a Rotarian for over 30 years, working tirelessly in service to his community. Bill has fulfilled the role of the Western God of Wealth (Cai Shen) at the Chinese New Year celebrations in Richmond for the past two decades at the request of the Asian community.

Bill’s commitment to excellence in infrastructure is evident by his council support of the development of a new seniors’ centre, new aquatic centre, new community centres in Steveston and downtown north, as well as a myriad of other projects. Over the past three years, his campaign to upgrade health services for Richmondites by replacing aging hospital infrastructure met with success when the provincial government recently committed to building a new Richmond Hospital Acute Care Tower.

Bill has been recognized both provincially and nationally for his accomplishments. In 2005, he was presented the British Columbia Community Achievement Award by former Premier Gordon Campbell and Lieutenant-Governor Iona Campagnolo. In 2013, he was awarded the Queen Elizabeth II Jubilee Medal by Richmond Member of Parliament Alice Wong.

Bill represents Richmond as the first alternate to the first Director, Mayor Brodie, on the Metro Vancouver Board of Directors. He is a director of E-Comm (911) and has represented the city since 2008. An advocate for affordable housing in Richmond, he has served as a Director of the Metro Vancouver Housing Committee for the past 13 years. Bill is Chair of Richmond’s Community Safety Committee, Vice-Chair of the Planning Committee, and is a member of the following Standing Committees of Council: General Purposes, Finance, and Parks, Recreation and Cultural Services. He is the City Council liaison to the following city advisory committees, organizations, and community associations: Richmond Sports Council, the Steveston Historical Society, the Steveston Historic Sites Building Committee, the Arenas Community Association, and the South Arm Community Association.

To contact the Mayor’s Office or the Councillor’s Office see City Contacts: https://www.richmond.ca/contact/departments/council.htm